Trump Administration To Reduce Tariffs On Steel From Turkey 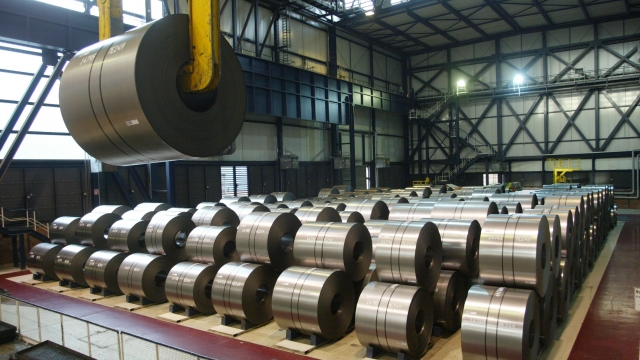 SMS
Trump Administration To Reduce Tariffs On Steel From Turkey
By Katherine Biek
By Katherine Biek
May 17, 2019
President Trump raised that tariff to 50% last year as part of an effort to force Turkey to release detained American pastor Andrew Brunson.
SHOW TRANSCRIPT

The Trump administration is reducing tariffs on Turkish steel from 50% to 25%.

The president enforced a 25% tariff on steel imports and a 10% tariff on aluminum imports back in March 2018.

President Donald Trump then doubled the tax on steel from Turkey in August. That increase was part of his administration's efforts to force Turkey to release an American pastor, who was being detained on terrorism and espionage charges.

Andrew Brunson was eventually released in October, but the increased tariff remained in place – until now.

In an announcement Thursday, President Trump noted since steel imports from Turkey have dropped by almost 50% over the last year he decided it was "necessary and appropriate" to reduce the tariff.