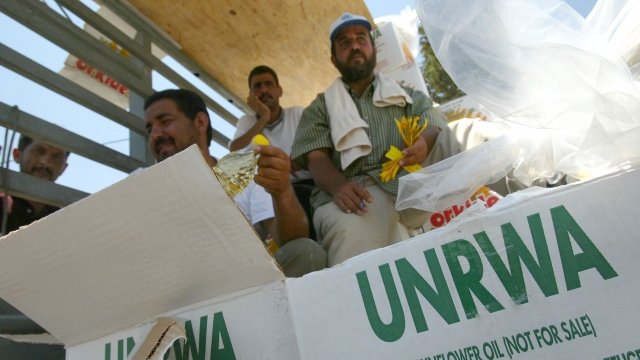 The Trump administration will cut tens of millions of dollars in aid to Palestinian refugees.

The Department of State announced Friday it will withhold all funding for the U.N. Relief and Work Agency for Palestine Refugees in the Near East, also known as UNRWA. In a statement, it called UNRWA's business model unsustainable.

According to Foreign Policy, President Donald Trump's son-in-law Jared Kushner pushed for the cuts in a meeting with Secretary of State Mike Pompeo. Last year, the U.S. contributed more than $350 million to the agency, making it the UNRWA's largest single donor.

The UNRWA serves Palestinian refugees from the 1948 Arab-Israeli war and their descendants — more than 5 million people. Foreign Policy reports Kushner hopes the cuts will discourage the "unrealistic expectation" that refugees will someday return to a future Palestinian state.

The German foreign minister has already announced his country will increase funding for UNRWA in response, warning the loss of the agency could destabilize the region.