US Wants To Continue Support For Saudi-led Coalition In Yemen 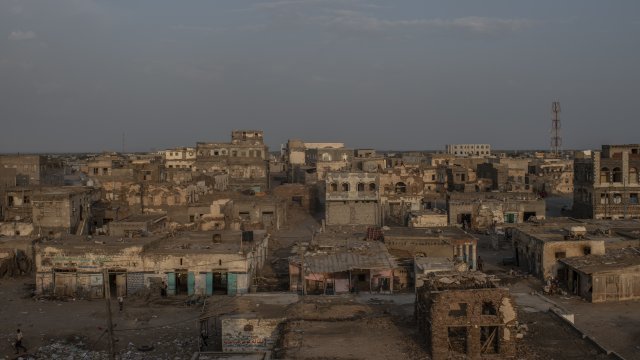 The U.S. wants to keep supporting the Saudi-led coalition in Yemen, despite lawmakers' calls for the country to pull out.

A State Department official said the U.S. will also continue efforts to end Iranian influence and militancy in Yemen.

The Trump administration has faced increased pressure to end support for Saudi involvement in Yemen in light of journalist Jamal Khashoggi's death in October and accusations that Saudi Crown Prince Mohammed bin Salman was involved.

Last week, a bipartisan group of senators introduced a resolution that holds the crown prince accountable for Khashoggi's death.

And last month, the Senate advanced legislation to end U.S. military support for the Saudi-led coalition in Yemen. But that measure still needs to pass another round of votes in the Senate before it heads to the House, and analysts say it'll be hard-pressed to pass in the lower chamber.

At a security forum in the United Arab Emirates, Tim Lenderking of the State Department's Near East Bureau defended the U.S.' continued support of the coalition, saying withdrawing would send "a wrong message."

U.N.-sponsored peace talks between the Saudi-led coalition and Iranian-backed Houthi rebels have started in Sweden. It's the biggest step toward a truce between the two warring parties in two years.