US To Allow Relief From Steel, Aluminum Quotas On Case-By-Case Basis 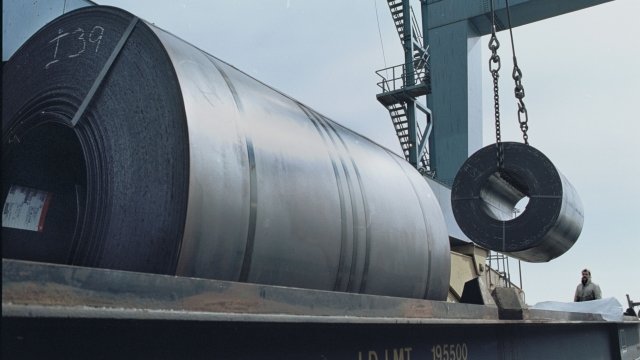 SMS
US To Allow Relief From Steel, Aluminum Quotas On Case-By-Case Basis
By Katherine Biek
By Katherine Biek
August 30, 2018
Earlier this year, some countries agreed to limit the amount of steel or aluminum they ship to the U.S. in exchange for waiving tariffs.
SHOW TRANSCRIPT

The Trump administration is willing to relax some steel and aluminum quotas that were previously imposed on some U.S. trade partners.

President Donald Trump signed a proclamation Wednesday which would let U.S. companies bring in more metal from certain countries than was previously allowed — without paying tariffs. That includes steel from South Korea, Argentina and Brazil and aluminum from Argentina.

Some U.S. allies that were initially exempt from the tariffs — such as Canada, Mexico and members of the European Union — saw those deals end months later.

But other countries agreed to limit the amount of steel or aluminum they ship to the U.S. in exchange for not having the tariffs enforced on them.

But now companies are complaining about supply shortages. And U.S. companies have reportedly filed tens of thousands of exemption requests, arguing that there isn't enough domestic metal to go around.

The Commerce Department said Wednesday it may grant quota exemptions on a case by case basis if companies can prove the quality or quantity of available U.S. metal is insufficient.