US Threatens To Slap Tariffs On $11 Billion Of EU Goods 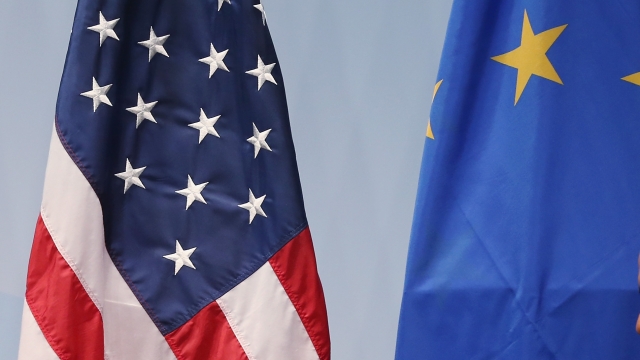 The U.S. threatened to slap tariffs on about $11 billion worth of imports from the European Union as part of their ongoing battle over aircraft subsidies.

On Monday, U.S. Trade Representative Robert Lighthizer released a list of EU products that could be affected by the proposed tariffs — including wine, cheese and even large commercial airplanes.

He said in a statement: "When the EU ends these harmful subsidies, the additional U.S. duties imposed in response can be lifted."

This back-and-forth is the latest development in the yearslong dispute between the U.S. and the EU, during which both sides have accused each other of illegally subsidizing their respective main aircraft makers — Boeing and Airbus.

President Donald Trump seemingly confirmed the tariffs in a tweet Tuesday, saying: "The EU has taken advantage of the U.S. on trade for many years. It will soon stop!"

Meanwhile, an EU official said Tuesday the bloc has started planning retaliatory tariffs of its own. The details surrounding those tariffs are still unclear.