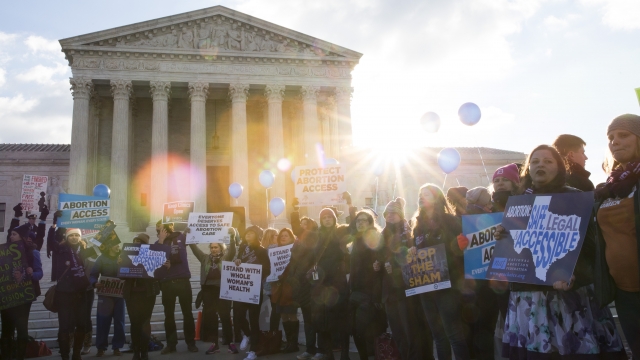 With the absence of conservative Justice Antonin Scalia, who died in February, the court could rule either way, or even end up in a 4-4 split.

The law requires that abortion clinics meet hospital-level standards and says doctors performing abortions must have admitting privileges at local hospitals.  Clinics in the state say these requirements are unnecessary.

In the event of a 4-4 split, the Texas law would stay in effect. A decision is expected in June.

This video includes clips from The Texas Tribune, KXAN, Center for Reproductive Rights and an image from Roberts Court.