US Steel Not Opening Six New Mills, No Matter How Much Trump Says It 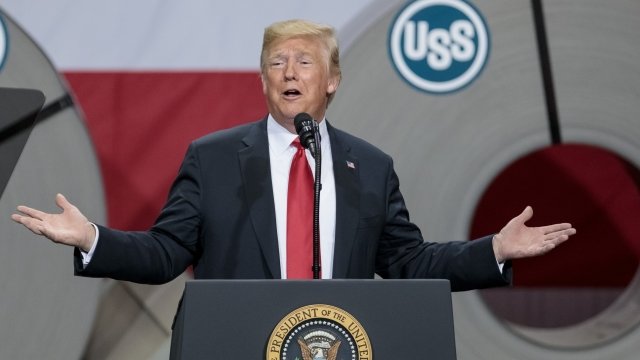 SMS
US Steel Not Opening Six New Mills, No Matter How Much Trump Says It
By James Packard
By James Packard
August 8, 2018
The president has said over and over again that U.S. Steel is opening six or seven new mills. That's just not true.
SHOW TRANSCRIPT

"Half of them had tears coming down because we opened a tremendous United States Steel plant," he said July 27. "They're opening up seven other plants."

"The head of U.S. Steel called me the other day, and he said, we're opening up six major facilities and expanding facilities that have never been expanded," he claimed during a roundtable discussion June 20.

U.S. Steel isn't opening six, or seven, new plants, no matter how many times the president says it.

A spokesperson for U.S. Steel told Politifact the president isn't on the inside track on any exclusive info. And there are no public plans to open new plants. 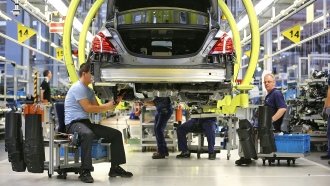 Daimler Scraps Plan To Expand In Iran Following US Sanctions

U.S. Steel does have plans to upgrade some parts of facilities and restart some previously halted operations.

And several other steel companies are building or expanding a handful of facilities around the country, but not U.S. Steel.

This claim, which the president has been repeating for at least a month, is flat wrong.