US Calls Out Russia For Chechen Violence In Human Rights Report 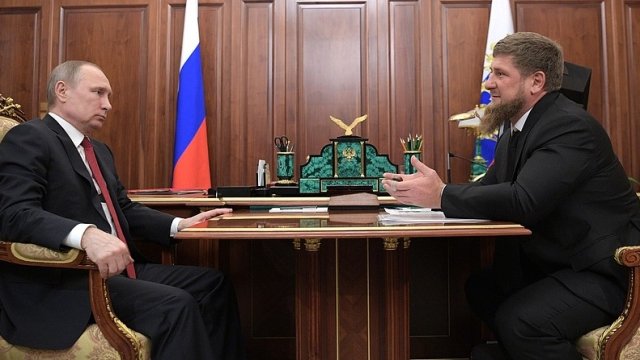 Kadyrov is the head of the Russian state of Chechnya and is often considered a loyal ally of Putin. In 2017, a Russian newspaper reported Kadyrov's government orchestrated a "purge" of gay men in the region, detaining over 100 people and leading to three deaths. Chechen authorities have denied the claims.

The U.S. State Department highlights anti-LGBTQ violence in Chechnya as one of Russia's "most significant human rights issues." It also criticizes Chechen security forces for allegedly carrying out extrajudicial killings during counterterrorism operations.

This year's report on Russia is a bit less detailed in places than last year's, but it continues to criticize Putin's government for occupying the Crimean peninsula and accuses it of stifling dissent and using brutal security tactics, including torture. 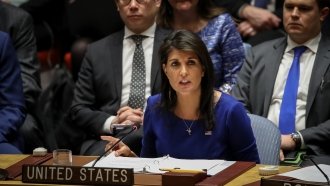 Haley Fires Back At Suggestion She Was Confused About Russia Sanctions

Even though President Donald Trump has said he wants better relations with Putin, the Trump administration has been increasingly tough on the Russian government. The White House has imposed sanctions and kicked out diplomats over the country's alleged actions.

Former Secretary of State Rex Tillerson was criticized for last year's subdued rollout of the human rights report. His prospective replacement, Mike Pompeo, is still awaiting confirmation in the Senate.