South Korea To Pay More For US Forces Stationed In Country 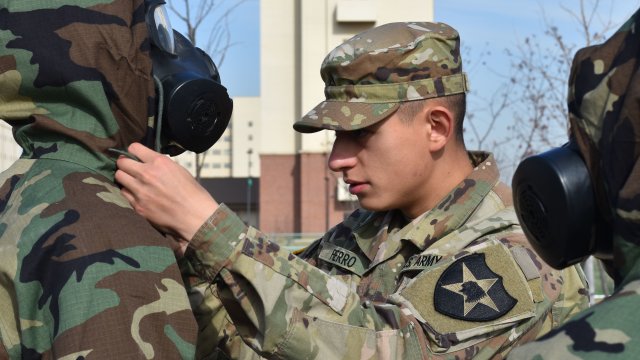 South Korea and the U.S. have finalized a deal outlining the mutual defense agreement between the two countries.

South Korea's Ministry of Foreign Affairs released a statement Sunday saying it will pay about $924 million this year for the U.S. military personnel stationed in the country. That's about 8 percent more than it paid in 2018.

The previous deal expired at the end of last year, and the two countries had reportedly struggled to reach an agreement. But South Korea called this new accord a "win-win."

There are about 28,000 U.S. troops in South Korea, and their prime mission is deterring aggression and stepping up to protect the U.S. ally, if necessary. Before taking office, President Donald Trump said several times that South Korea was not paying enough for the defense it gets from the U.S. military.