US-South Korea Training Will Include Mock Attack On Nuclear Facility 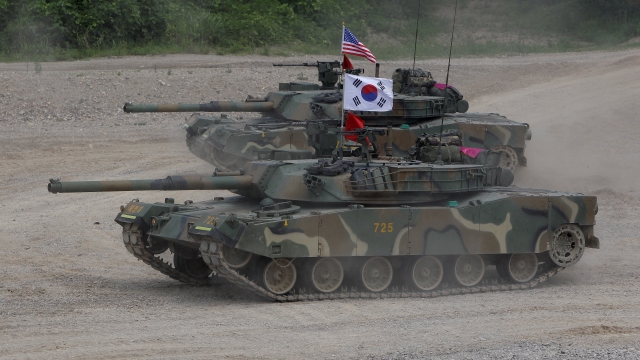 South Korea and the U.S. have been doing joint military training for years. But the next exercise is apparently going to include a mock attack on a nuclear facility.

The timing is drawing attention since North Korea conducted another nuclear test earlier this month.

But officials told CNN that North Korea isn't the main motivator for the training.

In January, Pentagon press secretary Peter Cook said "every day is a show of force" against North Korea with the tens of thousands of Americans stationed in South Korea.

"The United States is a heinous burglar trying to do anything without hesitation, including nuclear war," a broadcaster with North Korean media said.

As for the upcoming mock attack, CNN reports it will happen next month.