The US Has A New Personal Best For Renewable Energy Use 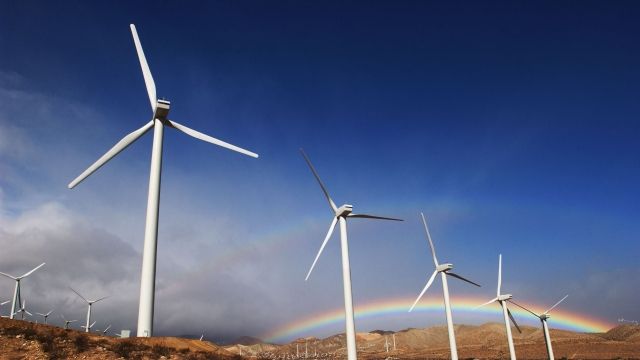 For the first time ever, wind and solar power generated 10 percent of U.S. energy for a single month.

Renewable energy just set a new record in the U.S.

The U.S. Energy Information Administration reports wind and solar power generated over 10 percent of electricity for the first time ever in March.

Wind and solar only averaged about 7 percent of total electricity generation in 2016.

Breaking down March's record, wind accounted for 8 percent, while solar brought in 2 percent. But last year, in some states, wind and solar made up significantly more than 10 percent of monthly electricity generation.

The UK Broke A Bunch Of Renewable Energy Records This Week

Both energy types are growing rapidly worldwide — partly because they're becoming cheaper than fossil fuels.

The United Nations released a report that said globally, renewable energy will be cheaper than fossil fuels in the next 10 years.

Data for April hasn't been released yet, but the EIA expects the trend to continue with wind and solar generation reaching above 10 percent.