Travel Ban: What That 'Bona Fide Relationship' In The US Means 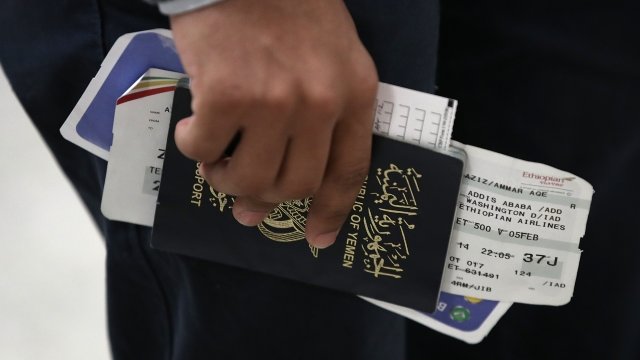 SMS
Travel Ban: What That 'Bona Fide Relationship' In The US Means
By Katherine Biek
By Katherine Biek
June 29, 2017
The Supreme Court ruled foreign nationals are allowed into the U.S. if they have a "bona fide relationship" with a person or entity in the U.S.
SHOW TRANSCRIPT

A Supreme Court stay OK'd part of President Donald Trump's so-called travel ban. But a few words in it have spurred a big question: What's considered a "bona fide relationship"?

The justices said the administration can't ban "foreign nationals who have a credible claim of a bona fide relationship with a person or entity in the United States."

The U.S. State Department is defining it.

Let's start with a relationship with a person living in the U.S. Those relationships include those of a parent, child, spouse, sibling, child-in-law or parent-in-law. Multiple outlets report stepsiblings and half-siblings are also OK.

Family members outside of those — like grandparents, grandchildren, aunts, uncles, cousins and fiancees/fiances — aren't considered close enough to grant entry.

Senior administration officials said they consulted the Supreme Court's decision as well as the definition of "family" laid out by the Immigration and Nationality Act to determine whom to consider close family.

Those officials said they will consider each traveler's personal story on a case-by-case basis. For example, someone from one of those six countries with a grandparent in the U.S. will be considered and allowed to explain that personal relationship. 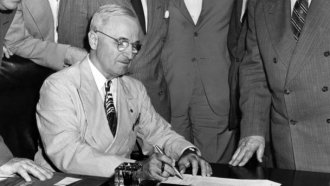 As for U.S. entities, foreign nationals who've accepted a job offer or are attending school in the states are allowed in.

CNN said a hotel reservation is an example of a non-approved relationship with a U.S. entity.

People who already have visas will be allowed into the country. And refugees with travel booked to the U.S. through July 6 will also be granted entry. The order goes into effect Thursday, 8 p.m. Eastern.