US Begins Processing Some Central American Migrants From Caravan 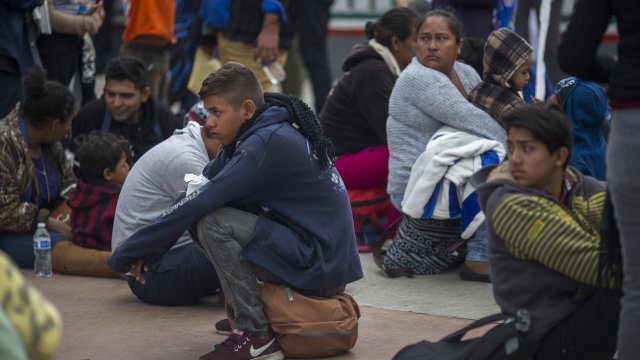 U.S. border officials are processing asylum applications for a few members of a caravan of Central American migrants.

About 200 migrants arrived at the U.S.-Mexico border seeking entry into the U.S. Officials initially said the border crossing was too full to admit anyone but later allowed in eight asylum seekers Monday night.

Those few will be interviewed to determine if they face credible fear of persecution in their home country. If so, they'll be sent to immigration court for a full hearing.

The migrants in the caravan say they're fleeing gang violence and death threats in their home countries. Those claims will likely have to clear a high bar in court for them to be granted asylum.

But a massive backlog in the immigration courts means it can take almost two years for an asylum seeker's case to be heard. In the meantime, some asylum seekers can be eligible to live and work in the U.S. 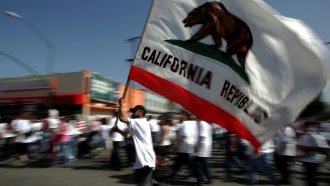 The Trump administration has accused immigrants of abusing the asylum process to gain entry into the U.S. and has called for changes to the current immigration laws.

The Department of Justice said Tuesday it's arrested and charged 11 people it claims were part of the caravan for illegal entry into the U.S.