US Reportedly Refuses To Negotiate Over Pastor's Release 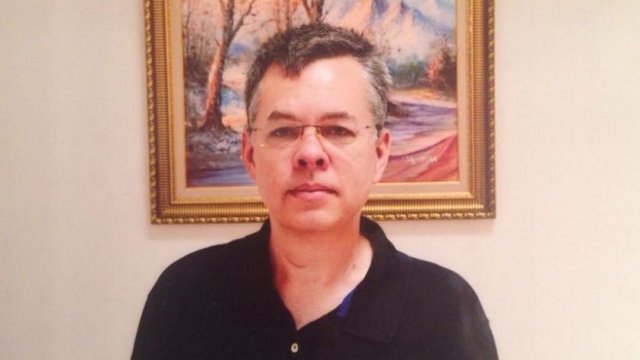 A senior White House official told The Wall Street Journal that the Trump administration rejected a deal offered by Turkey.

The Trump administration reportedly told Turkish officials it's not going to negotiate over the release of an American pastor.

The Trump administration reportedly refused the offer, saying it wouldn't even consider other matters until after Brunson is freed.

The pastor is at the heart of rising tensions between the U.S. and Turkey, which have led to escalating sanctions and tariffs. Brunson's accused of terrorism and espionage and faces up to 35 years in prison if convicted.