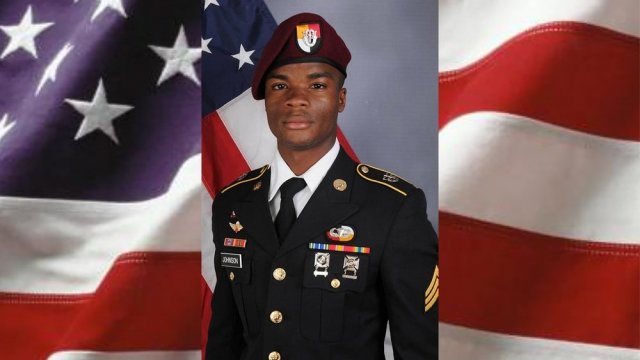 SMS
Congresswoman Says Trump Made 'Insensitive' Comment To Soldier's Widow
By Briana Koeneman
By Briana Koeneman
October 18, 2017
Rep. Frederica Wilson says she heard President Trump say to a fallen soldier's widow, "Well, I guess he knew what he was getting into."
SHOW TRANSCRIPT

U.S. Rep. Frederica Wilson of Florida says she heard President Trump make an "insensitive" comment to the widow of a U.S. soldier who was killed in Niger earlier this month.

"He said to the wife, 'Well, I guess he knew what he was getting into,'" Wilson said.

Wilson told CNN and local media that she was with Sgt. La David Johnson's widow when the president called Tuesday afternoon.

They were in a car heading to Miami International Airport to meet Johnson's body, and Wilson says the call was on speaker phone. 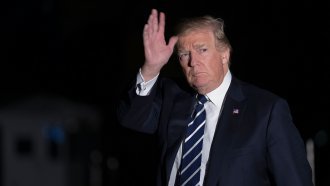 When asked if she was sure the president made those remarks, Wilson confirmed she was.

But in a tweet early Wednesday, Trump said Wilson "totally fabricated" what he said to Johnson's widow and that he has proof.

Democrat Congresswoman totally fabricated what I said to the wife of a soldier who died in action (and I have proof). Sad!

Johnson was one of four U.S. service members killed in an ambush in Niger Oct. 4. A group affiliated with ISIS was reportedly behind the attack.

Johnson's widow set up a GoFundMe page to help cover education costs for the couple's three children. As of early Wednesday, donations to the campaign exceeded $200,000.

I stand my account of the call with @realDonaldTrump and was not the only one who heard and was dismayed by his insensitive remarks.