US Rep. Seth Moulton Is Running For President 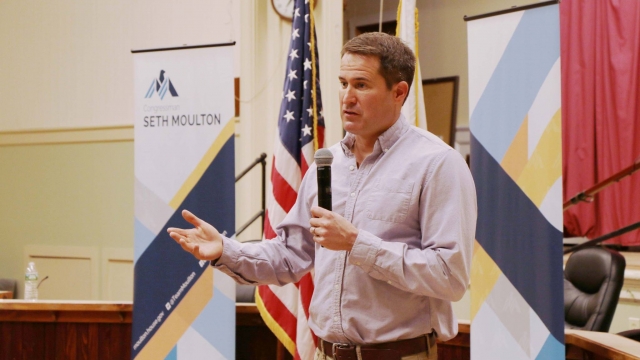 SMS
US Rep. Seth Moulton Is Running For President

By Katherine Biek
April 22, 2019
Moulton served four tours of duty in Iraq as a U.S. Marine before he was elected to the House of Representatives in 2014.
SHOW TRANSCRIPT

"We need to restore our moral authority in everything we do. Whether it's appointing a Cabinet member, negotiating a treaty or signing an executive order, I will always uphold America's values," Moulton said in his campaign announcement video.

Moulton served four tours of duty in Iraq as a U.S. Marine before he was elected to the House of Representatives in 2014.

Moulton plans to hit the campaign trail running. He's scheduled to travel to New Hampshire on Tuesday. And by the end of the week, he'll have already campaigned in South Carolina, Iowa, California and Nevada.