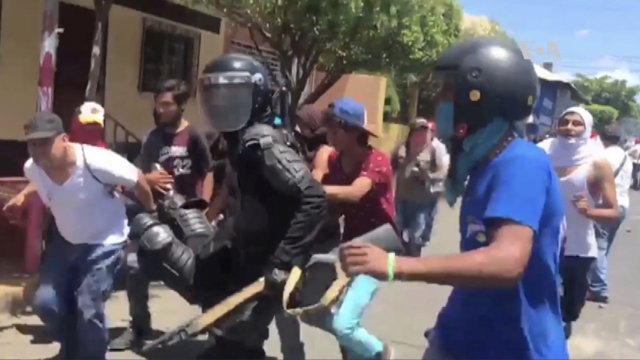 The U.S. has raised the travel advisory level for Nicaragua as deadly protests continue across the country.

On Monday, the State Department upped the threat level to 3 — the second-highest level — and warned Americans against traveling to Nicaragua due to "crime and civil unrest."

The agency ordered U.S. government family members to leave the country, and it authorized the departure of government personnel.

President Daniel Ortega decided to scrap the changes Sunday. But some protesters say they won't back down until Ortega is ousted.