US Pushes To End Global Criminalization Of Homosexuality 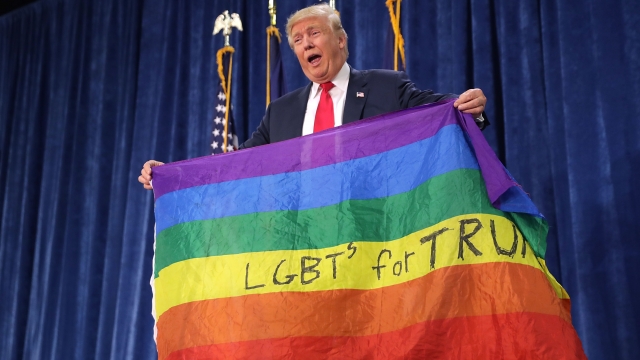 The United States is leading an initiative to end the criminalization of same-sex relations worldwide.

The Trump administration has launched an initiative to stop the criminalization of same-sex relations worldwide.

NBC News reports the strategy will likely include working with the United Nations, the European Union and other like-minded countries and organizations. The effort is being led by U.S. Ambassador to Germany Richard Grenell, who openly identifies as gay.

Grenell recently expressed his views on the criminalization of homosexuality around the world, saying: "LGBT status or conduct means arrest, imprisonment, and violence for people who are simply dating or falling in love. Governments that are Members of the United Nations have an obligation to protect, respect, and uphold the dignity and fundamental freedoms of their people."

According to Equaldex, homosexual activity is illegal in 70 countries worldwide.

The Trump administration doesn't have a strong history of supporting LGBTQ rights. Perhaps most notably, the administration has fought to keep transgender people out of the military. The Justice Department also argued in 2017 that discrimination on the basis of sexual orientation is legal.

According to NBC News, this new effort is a jab at Iran's human rights record, but will also put pressure on Arab countries President Trump has recently built stronger relationships with. This could strain U.S. relations with countries like Saudi Arabia, Pakistan and Afghanistan.

The effort is specifically about decriminalization and will not have any focus on same-sex marriage.