The US May Be Sending More Military Equipment To South Korea 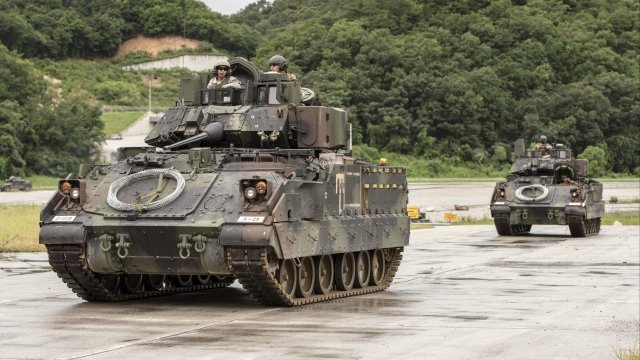 SMS
The US May Be Sending More Military Equipment To South Korea
By Ethan Weston
By Ethan Weston
September 28, 2017
South Korea already has the third-highest number of recorded U.S. troops on foreign soil.
SHOW TRANSCRIPT

The U.S. will reportedly deploy more military assets in and around the Korean Peninsula, according to a senior South Korean security official.

The U.S. already has a huge presence in South Korea. The country hosts the third-highest number of recorded U.S. troops on foreign soil.

And the U.S. has over 23,000 active-duty troops on 83 bases in the country, as well as more than 300 tanks and a new missile defense system.

But the expansion of U.S. military systems in the country hasn't had the warmest welcome lately. Earlier this year, people protested the installation of the THAAD missile defense system by U.S. forces. 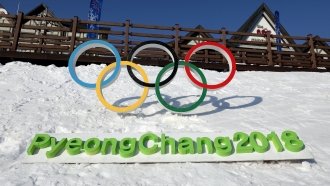 N. Korea Could Cause Problems For S. Korea's 2018 Winter Olympics

The decision to expand the U.S. military's presence in South Korea comes as things are getting more tense on the peninsula. North Korea says the U.S. declared war on them and has threatened to shoot down U.S. bombers.

The security official didn't say what form the promised U.S. expansion would come in. Recently, South Korean defense officials asked for a return of tactical nukes to the peninsula, but the country's president appears to be opposed to that idea.