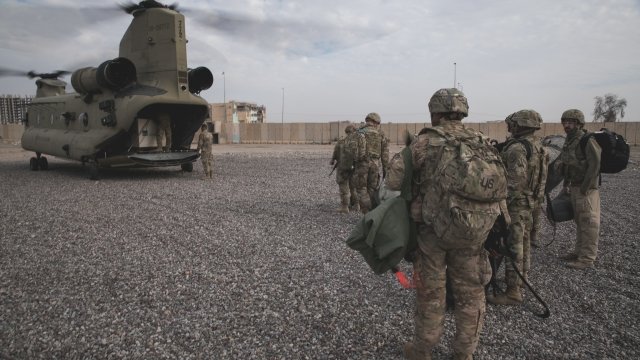 SMS
US-Led Coalition Kills Estimated 100 Syrian Regime Fighters
By Katherine Biek
By Katherine Biek
February 8, 2018
The American-led coalition said it was responding in "self defense" to an attack from pro-regime fighters in Syria.
SHOW TRANSCRIPT

As Newsy previously reported, the coalition struck the group of pro-regime fighters in response to what it called "an unprovoked attack" on the headquarters of the Syrian Democratic Forces.

Some U.S. forces were at the headquarters at the time, and they said some 500 backers of Syrian President Bashar al-Assad attacked.