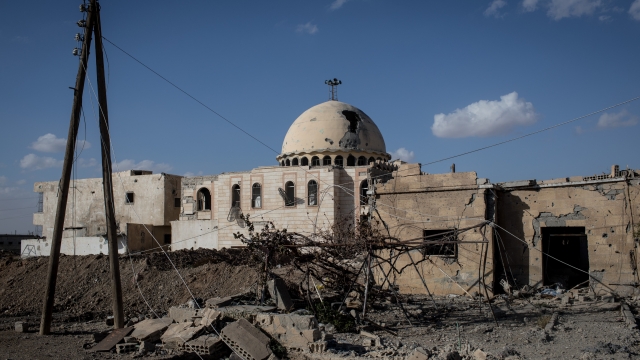 Amnesty International said Thursday a U.S.-led coalition killed more than 1,600 civilians in the Syrian city of Raqqa during a monthslong military campaign.

After launching what they call "the most comprehensive investigation into civilian deaths in a modern conflict," Amnesty International, along with London-based watchdog group Airwars, said the coalition killed more than 1,600 civilians during four months of air bombardments and artillery strikes in 2017. The coalition, which included American, British and French forces, claimed responsibility for only 159 civilian deaths in the city and said last month that only 1,257 civilians were killed during the entire four-year campaign against ISIS.

ISIS declared Raqqa its capital city and had ruled it for years prior to the campaign. The U.N. estimates roughly 80 percent of the city was destroyed during the conflict.

Amnesty International and Airwars are calling for the coalition "to end their denial about the shocking scale of civilian deaths and destruction caused by their offensive." They also want coalition members to open an independent investigation into reports of civilian injuries or deaths, "including violations of international humanitarian law," and to make the findings public.

Last month, Syrian Democratic Forces announced ISIS had lost its last stronghold in Syria, ending a caliphate declared by the group in 2014.