US Issues Warning To State Department Employees In China 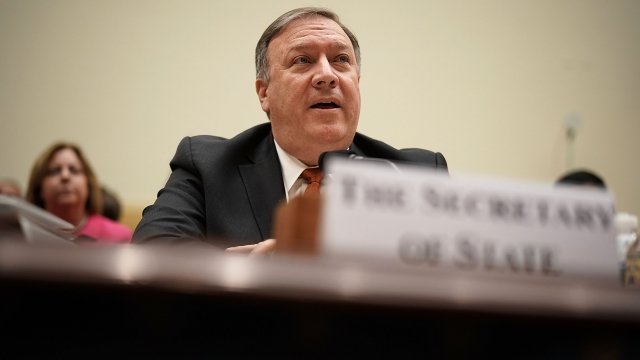 SMS
US Issues Warning To State Department Employees In China
By Jake Jones
By Jake Jones
May 23, 2018
A U.S. employee was reportedly diagnosed with a mild traumatic brain injury after reporting "abnormal sensations of sound and pressure."
SHOW TRANSCRIPT

A U.S. government employee working in China was reportedly diagnosed with a mild traumatic brain injury after reporting "abnormal sensations of sound and pressure."

That may seem familiar — the U.S. recalled several employees from Havana, Cuba, after they said they experienced similar auditory sensations and medical symptoms.

Secretary of State Mike Pompeo linked the two situations when he testified before Congress on Wednesday.

It's not clear yet what caused the injury to the employee in China; the State Department says it's not aware of any other similar cases there. But the department did issue a warning to other employees there. The health alert said not to look for the source of any strange sounds, but to move to a place where the sounds aren't present.