US Issues Travel Advisory For Haiti As Violent Protests Rage On 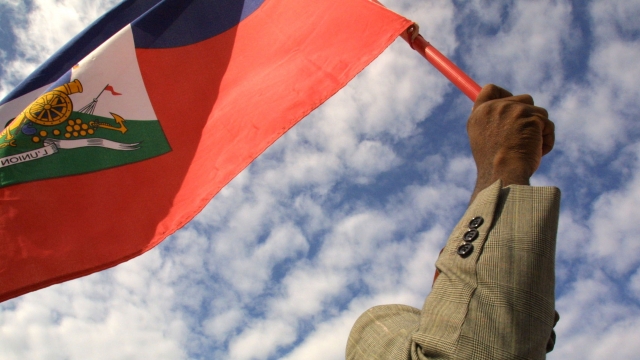 SMS
US Issues Travel Advisory For Haiti As Violent Protests Rage On
By Briana Koeneman
By Briana Koeneman
February 15, 2019
The U.S. State Department is telling Americans to stay away from Haiti as violent anti-government protests continue to wreak havoc in the country.
SHOW TRANSCRIPT

The U.S. State Department is telling Americans to stay away from Haiti, citing violent anti-government protests.

The agency issued a level four travel advisory Thursday, its highest warning. It's telling U.S. citizens not to travel to Haiti "due to crime and civil unrest" in Port-au-Prince and elsewhere. It's also pulling all non-emergency American personnel and their families from the country.

Canada also raised its travel alert level for Haiti in the wake of the demonstrations, which have been going on for a week now. Several people have died amid the unrest.

Thousands of people have flooded the streets of Port-au-Prince over gas shortages, soaring inflation and what they see as government corruption. But Haiti's president has rejected calls to resign, saying he will pass economic reforms to "relieve our pain."