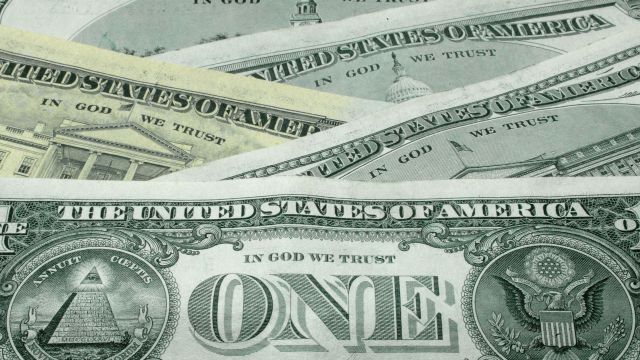 SMS
So The US Is Almost $20 Trillion In Debt; Who Do We Owe?
By Lindsay Gloor
By Lindsay Gloor
December 8, 2016
The U.S. is approaching $20 trillion in national debt. That money is divided between domestic and foreign holdings.
SHOW TRANSCRIPT

According to the U.S. Treasury Department, the U.S. is more than $19 trillion in debt. But who does the U.S. actually owe?

The largest debt is to American citizens and U.S. entities — more than $14 trillion.

That figure is made up of securities like Treasury bills, notes, bonds and savings bonds.

The rest consists of foreign holders, beginning with China at more than $1.15 trillion.

Japan is a close third with more than $1.13 trillion in foreign holdings.

And Brazil comes in sixth at more than $258 billion.

President-elect Donald Trump has made several suggestions about how to decrease that $19 trillion figure. He initially told CNBC he wanted to refinance the long-term debt.

"No, I think this. I think there are times for us to refinance. We refinance debt with longer term. Because you know, we owe so much money. … I could see long-term renegotiations, where we borrow long-term at very low rates," Trump said in an interview in May.

But then he backtracked, in an interview with The Wall Street Journal, by suggesting buying back some of the debt at a discount.

"Well, if they can make good deals. If they can buy the debt back at good deals, you could buy it back in the market. And if rates go up, you'll always — you're always given that opportunity. But no, I'm not talking about negotiating with — with people that own the debt or creditors or anything like that," Trump told The Wall Street Journal.

Trump has been highly critical of President Obama's approach to the national debt, but economists say Trump's proposals could hurt the majority stakeholder in U.S. debt: American citizens.