US Imposes More Sanctions On Venezuela — This Time Targeting Cuba 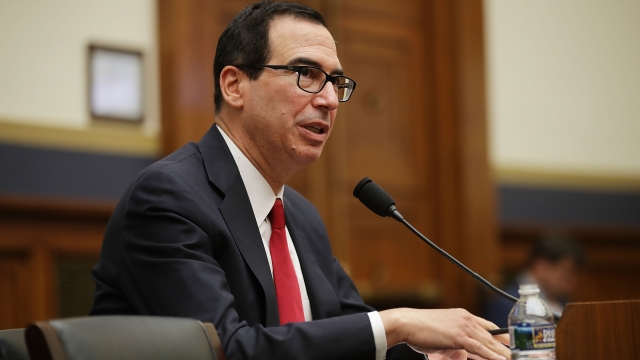 The United States announced new sanctions on Venezuela. These sanctions are the latest in a monthslong effort to pressure President Nicolás Maduro into stepping down.

Vice President Mike Pence announced the new sanctions in a speech Friday. The sanctions are aimed at Venezuela's oil industry, which Pence called "the lifeblood of that corrupt regime."

The U.S. has already imposed numerous sanctions on Venezuela following a heated start of the year in the South American nation. In January, Juan Guaidó declared himself Venezuela's interim president, and he's received wide support from other countries, including the U.S. But Maduro refuses to relinquish power. He was sworn in for a second term earlier this year, despite accusations that the election was fraudulent.

After Pence's announcement about the new sanctions, the U.S. Treasury Department elaborated in a press release it's sanctioning ships owned by Venezuela's state-run oil company, as well as two international companies that own and operate a vessel that transports Venezuelan crude oil to Cuba.