US Federal Borrowing Limit Kicks Back In, Freezing National Debt 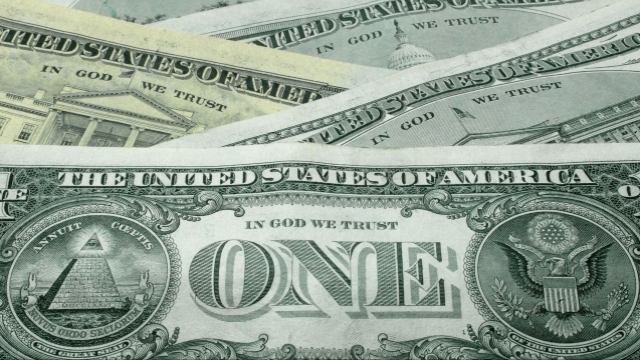 SMS
US Federal Borrowing Limit Kicks Back In, Freezing National Debt
By LeeAnne Lowry
By LeeAnne Lowry
March 2, 2019
The U.S. federal borrowing limit kicked back in on Saturday, capping the national debt at its current record-breaking $22 trillion deficit.
SHOW TRANSCRIPT

The Congress-set federal credit limit went back into effect on Saturday. It freezes the U.S.' debt at its highest level ever — around $22 trillion. The purpose of the debt ceiling is to curb federal spending.

Now, lawmakers will have to decide if they want to raise the credit limit, and it's not expected to be a speedy turnaround. According to CNN, policy analysts say it could be months before the debt ceiling is raised. And in the meantime, the government can't borrow money to pay its dues.

That means the government will likely have to employ so-called "extraordinary measures." Those are described by the Bipartisan Policy Center as "existing statutes [which] allow the Treasury [Department] to change the normal operations of certain government accounts when the debt limit is reached." The Treasury is expected to run out of funds to pay the bills by the end of the government's fiscal year, which is Sept. 30.

"It's beyond even considering — the idea that the United States would not honor all of its obligations and pay them when due is, is just, something that can't even be considered," Federal Reserve Chairman Jerome Powell said Tuesday at a Senate committee hearing.

The national debt has been rising at a higher rate since Congress and the Obama administration approved stimulus funding in the wake of 2008's financial crisis. At the current spending rate, the U.S. could have $30 trillion in debt by 2030.