US Economy Grew At Better-Than-Expected Rate In First Quarter 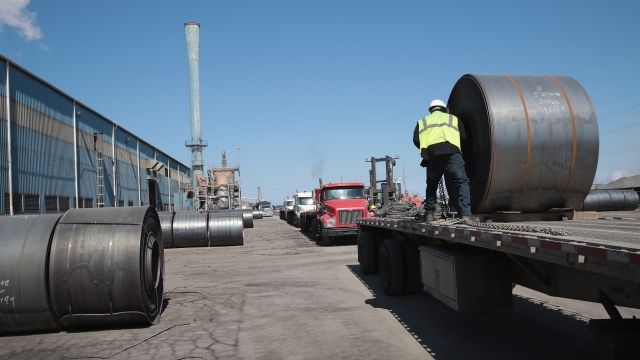 The U.S. economy grew at a faster rate than expected in the first quarter of the year. The Commerce Department released preliminary data for the period Friday.

The report showed that U.S. GDP growth was 3.2 percent in the beginning of 2019. Economists had been expecting a 2.1 percent growth rate.

Analysts say the numbers indicate that even the federal government's partial shutdown, severe weather in some parts of the country, trade tensions with China and Boeing's 737 MAX issues couldn't slow economic progress.

"We're doing great. GDP is an incredible number," he said. "But remember this: Not only that, we have a great growth, which is growth. We have great growth and also very, very low inflation. Our economy is doing great, No. 1 in the world. We're No.1 economy right now in the world and it's not even close."

Even though consumer spending was weak with a 1.2 percent growth rate overall, it appeared to pick up by the end of the quarter.

Some experts caution that the strong GDP report is an indicator that growth will likely slow later this year.