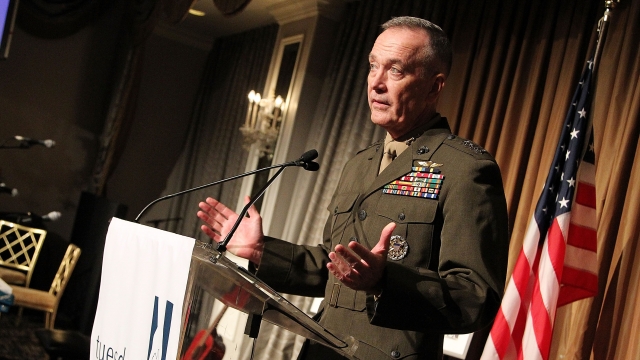 The U.S.'s highest-ranking military officer is refuting a report that says the Trump administration is planning to keep almost 1,000 troops in Syria.

He noted that no changes have been made to the administration's plan to withdraw almost all U.S. military forces in Syria. The White House said in February that it'll leave about 200 troops in the country for "peacekeeping" reasons.

Back in December, the Trump administration announced its plans to remove all of the roughly 2,000 U.S. troops that were stationed in Syria. The U.S.-led military coalition in Syria began that withdrawal process in January by moving some equipment out of the area.

The decision wasn't exactly popular with defense officials. It's at least part of what prompted former Defense Secretary Jim Mattis to submit his resignation. And the top U.S. commander in the Middle East has warned that U.S. troops are needed in the region to continue the fight against ISIS.