China Took A US Underwater Glider, And Now The US Wants It Back 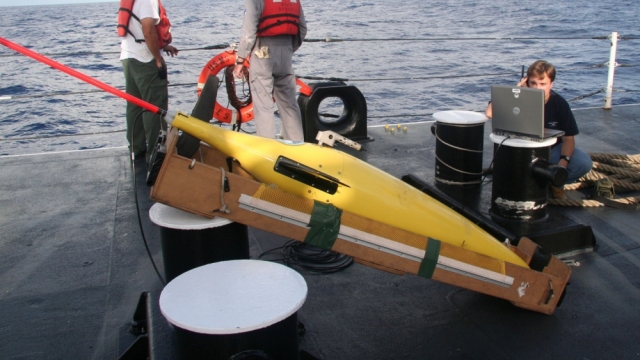 The U.S. Department of Defense has demanded that China return an underwater drone it said was "unlawfully seized" on Thursday.

According to a statement from the Pentagon, the U.S. Naval Ship Bowditch was conducting "routine operations in accordance with international law" with the unmanned underwater vehicle. The vessel was trying to retrieve the drone from the South China Sea when a Chinese Navy ship sent a small boat to get it.

The Pentagon says the ship contacted the Chinese vessel and asked for the drone to be returned. However, it said the "request was ignored."

The incident comes as China has appeared to have installed military weapons on some contested islands in the South China Sea.