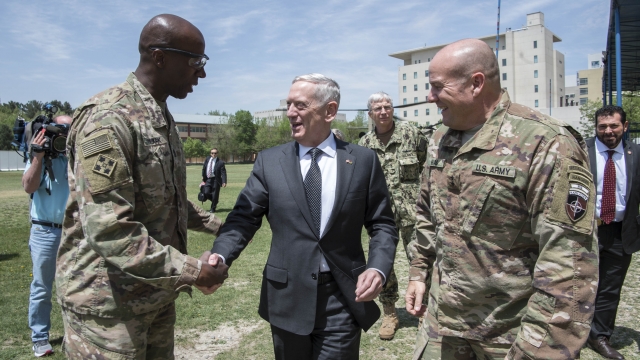 SMS
US Defense Secretary Mattis Makes A Stop In Afghanistan

By Katherine Biek
April 24, 2017
His trip took place several days after a Taliban attack on an Afghan army base killed at least 140 soldiers.
SHOW TRANSCRIPT

U.S. Secretary of Defense Jim Mattis is capping off his trip to Africa and the Middle East with an unannounced visit to Afghanistan.

His trip comes days after a Taliban attack on an Afghan military base killed at least 140 soldiers in the northern part of the country.

While there, Mattis met with U.S. Army Gen. John Nicholson. He's the U.S. commander who authorized the use of the country's largest non-nuclear bomb to target an ISIS tunnel system earlier this month.

Nicholson's also urged Congress to send more U.S. troops to Afghanistan, where it's held a military presence since 2001. 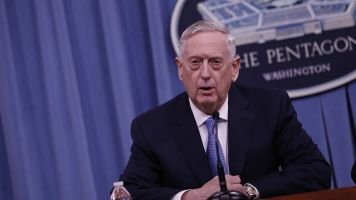 During his last year in office, former President Barack Obama oversaw a withdrawal of 1,400 troops from Afghanistan. There are currently 8,400 U.S. troops stationed there.

But a recent report to Congress said Taliban insurgents have taken control of more territory while the number of Afghan national security forces are decreasing.