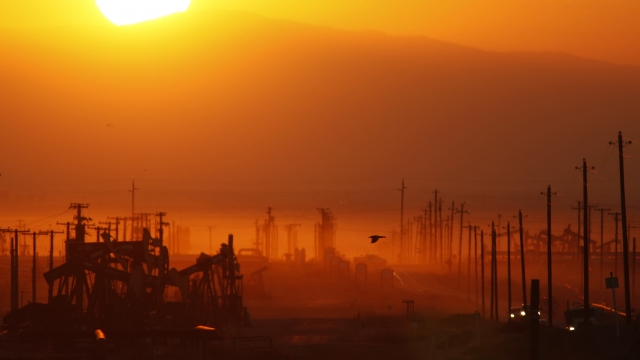 SMS
The US Is Set To Export More Energy Than It Imports In 2020
By Ahmed Jawadi
By Ahmed Jawadi
January 24, 2019
​That's thanks to a boom in crude oil and natural gas production and a decrease in domestic oil consumption.
SHOW TRANSCRIPT

The U.S. is set to begin exporting more energy products than it imports in 2020 – a feat not reached in nearly 70 years, according to the Energy Department's latest annual report.

Thanks to a boom in crude oil, natural gas and natural gas plant liquids production, alongside a decrease in domestic oil consumption, the U.S. is predicted to become a net energy exporter next year. The trend is expected to continue through 2050.

The U.S. surpassed Russia and Saudi Arabia last year to become the world's largest producer of crude oil, and the Energy Department expects production will keep rising through at least 2027.

Although skyrocketing energy production is making the U.S. less reliant on foreign oil, that doesn't mean the U.S. is ready to cut it out completely. According to CNN, American refineries cannot operate solely on the very light crude oil found in U.S. fields — they still need "a healthy dose of medium and heavy crudes found overseas" to keep operations moving.