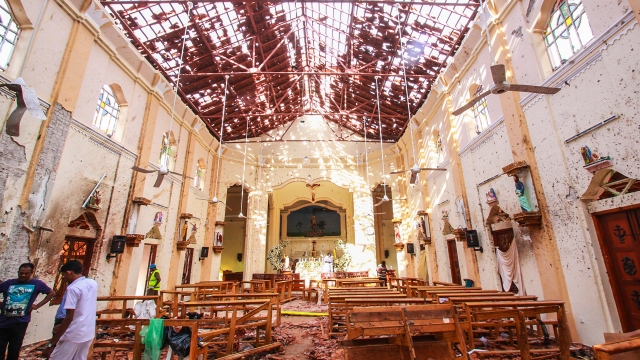 The State Department confirmed that several U.S. citizens were killed in the devastating attacks on Sri Lankan churches and hotels Sunday.

Eight explosions in the country killed over 200 people and injured hundreds more. The attacks are considered the worst violence in Sri Lanka since the end of the civil war there in 2009.

No group has claimed responsibility, but the country's defense minister said the attackers were religious extremists. Several people have been arrested in connection with the attacks.

The Sri Lankan government imposed a nationwide curfew from Sunday evening through at least Monday morning. Authorities have also blocked access to some social media sites in the country while investigations are ongoing.

The U.S. Embassy in Sri Lanka is urging U.S. citizens living or traveling in the country to avoid public areas, monitor local media and be aware of their surroundings.

The U.S. Embassy and the American Center in Colombo will be closed to the public on Monday.