US Cities Are Finding Thousands Of Used Needles Discarded In Public 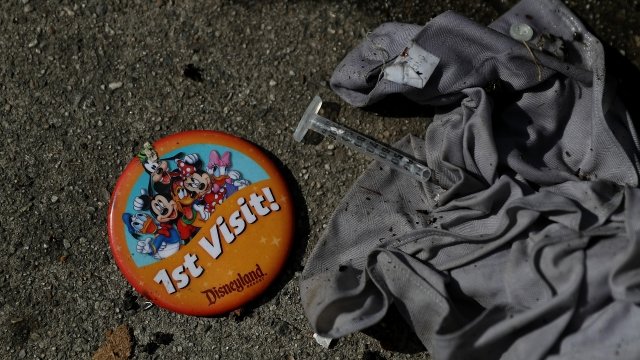 SMS
US Cities Are Finding Thousands Of Used Needles Discarded In Public
By Tyler Adkisson
By Tyler Adkisson
July 21, 2017
Cities across the U.S. are trying to cope with the large number of hypodermic needles left in public places.
SHOW TRANSCRIPT

As heroin use in the United States rises, one unforeseen consequence has littered public places — needles.

In San Francisco, where there are an estimated 22,000 intravenous drug users, the public works department collected over 13,000 used needles off the streets in March. That's 10,000 more than they found during the same period last year.

And on the East Coast, about $10 million dollars was spent in Philadelphia to clean up tens of thousands of used syringes in 2016.

A team in Boston said it has collected about 20,000 needles in two years. 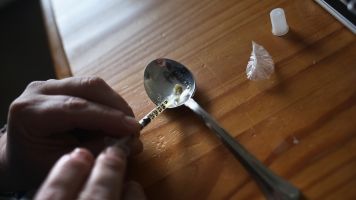 In addition to cleanup efforts, some cities are installing kiosks where users can take their needles. Some places have collected thousands.

Although cleanup efforts and needle boxes are two methods for addressing the issue, the epidemic is relatively new, and officials are still grappling with how to address it.