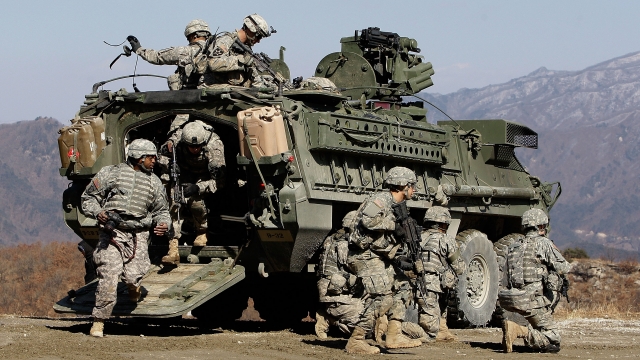 U.S. and South Korean officials formally signed an agreement Friday that will result in Seoul paying more money to keep U.S. troops on its soil.

South Korea's Ministry of Foreign Affairs released details about the cost-sharing deal last month, saying it will pay about $924 million this year for the U.S. military personnel stationed in the country. That's about 8 percent more than it paid in 2018.

There are about 28,500 U.S. troops in South Korea, and their prime mission is deterring aggression and stepping up to protect the U.S. ally, if necessary. Before taking office, President Donald Trump said several times that South Korea was not paying enough for the defense it gets from the U.S. military.

The two countries recently agreed to conduct mission-specific training exercises in place of their annual large-scale joint military drills. As Newsy previously reported, this decision was made as part of an effort to ease tensions between the U.S. and North Korea, which has considered past exercises provocative.

South Korea's National Assembly still needs to sign off on the new cost-sharing agreement with the U.S. before it's a done deal.