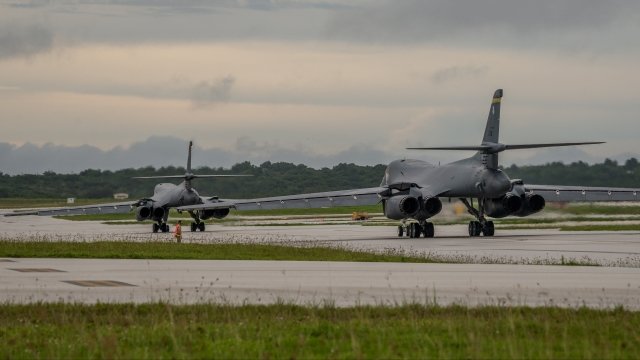 The two bombers flew alongside South Korean and Japanese fighter aircraft. The Air Force says missions like this help ensure the U.S. and its allies are ready to respond to threats in the region.

Those threats come largely from North Korea, which has been conducting missile tests regularly all year. In September, North Korea claimed it successfully tested a hydrogen bomb designed to be mounted on an intercontinental ballistic missile. 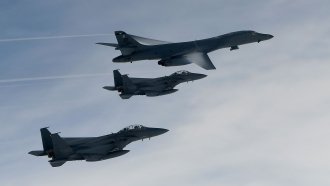 The US Air Force Sent Bombers To The Korean Peninsula

North Korea shows no signs of discontinuing its missile and nuclear programs. And Trump hinted he might be considering a more militant approach to North Korea.

Tuesday's nighttime mission came after Trump met with Secretary of Defense Jim Mattis and his national security team earlier in the day. The White House said they discussed "a range of options" to deal with North Korea and prevent the country from "threatening the United States and its allies with nuclear weapons."