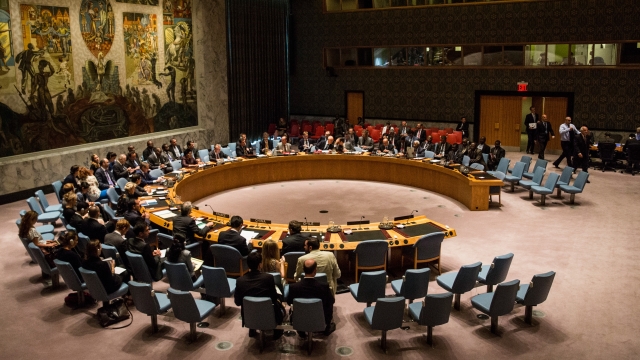 SMS
Israel Isn't Happy With The US After UN Security Council Vote
By Grant Suneson
By Grant Suneson
December 23, 2016
The U.S. broke from tradition and allowed the U.N. to formally request that Israel abandon all West Bank settlements.
SHOW TRANSCRIPT

The U.S. just made a major foreign policy shift. But it doesn't look like it's going to matter, and it almost certainly won't last.

During a United Nations Security Council meeting, the U.S. abstained from a vote condemning Israel's settlements in the West Bank, allowing it to pass unanimously. It's an issue that's been a key sticking point in Middle East politics for nearly 50 years.

In 1967, Israel expanded its territory as a result of the Six-Day War. Before Israel decided what to do with the captured lands, some Israelis moved into those areas, where many Palestinians still lived.

But the U.S. and Israel have been allies for a long time. So in the past, America has used its Security Council veto to brush aside similar votes about the settlements.

It looks like the U.S. wasn't willing to do that anymore. Secretary of State John Kerry called the settlements an obstacle to peace. Israel said it's not going to listen to the resolution, so this doesn't really change anything. But its leaders are still very upset.

Trump is staunchly pro-Israel and said the resolution should have been vetoed. After the vote, he tweeted, "... things will be different after Jan. 20th."