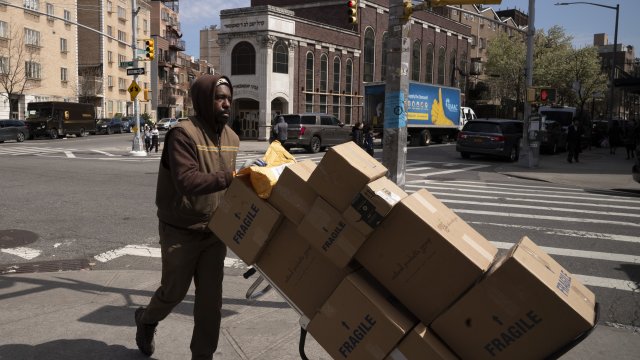 UPS announced Wednesday it's ending its ban on Black employees wearing natural hairstyles such as afros, locs or braids, as well as its strict limits on beards and other facial hair.

The company is also dropping its gender-specific standards, which applied to uniforms among other things.

For the most part, UPS' old appearance guidelines affected delivery drivers and other public-facing employees, but not behind-the-scenes workers like package sorters. The company said the new move is a way to "celebrate diversity rather than corporate restrictions."

According to the Wall Street Journal, the company's first woman CEO said the policies are being updated following feedback from employees. She also recently announced that UPS is training employees on unconscious bias, diversity and inclusion "to ensure our actions match our values."