University Of California Workers Go On Strike Over Pay Inequalities 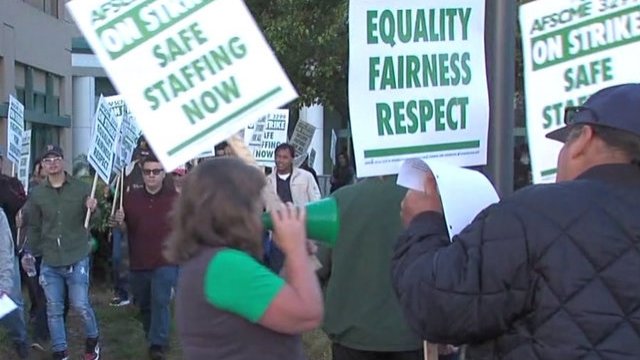 Tens of thousands of University of California employees are on strike.

Service workers, nurses and technical workers at UC campuses across the state started the planned three-day strike on Monday.

Their unions say they want to address pay inequalities and demand higher wages.

The university gave workers a 2 percent raise last month, but the strikers say that wasn't enough.

Campus officials say the strike could cause some problems for the university's hospitals, including postponed surgeries and disruptions to some services.

But the unions say they have a "patient protection task force" that will leave the picket lines for any emergencies.