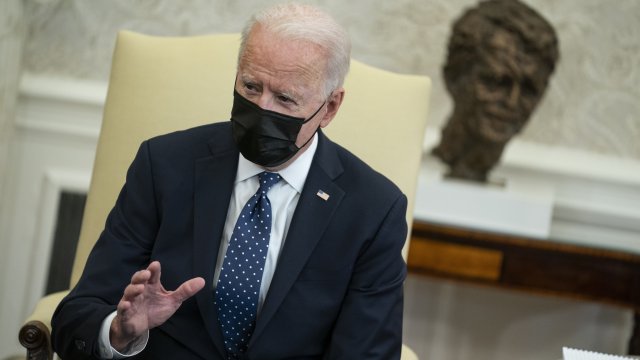 SMS
Union Would Accept Move From Coal For New Jobs
By Robin Dich
By Robin Dich
April 20, 2021
The president of the United Mine Workers Union said ensuring jobs for displaced miners is crucial.
SHOW TRANSCRIPT

The nation's largest coal miners' union said it would accept President Biden's plan to move away from coal and other fossil fuels in exchange for a "true energy transition."

That includes thousands of jobs in renewable energy and spending on technology to make coal cleaner.

The president of the United Mine Workers Union said ensuring jobs for displaced miners is crucial.

“How about the 40,000 people plus that's lost their jobs in this industry just in about 10 years? I think we need to provide a future for those people, a future for anybody that loses their job because of a transition in this country, regardless if its coal, oil, gas or any other industry, for that matter."

The White House said the president's infrastructure plan would create thousands of jobs while tackling pollution and greenhouse gases.