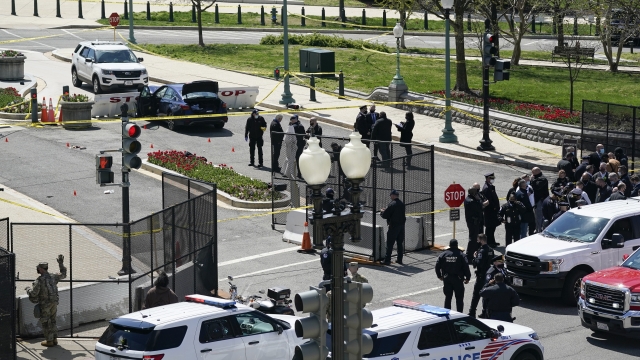 The Capitol Police force is struggling to keep up with its demands and there are worries more officers could leave after the latest attack.

That's according to the head of the Capitol Police union. He's asking Congress to up security and implement the plan a task force proposed last month, which includes adding more than 1,000 officers.

On Friday, a 25-year-old man drove a car into a barricade on Capitol grounds. Officers shot and killed him after he got out of the car and moved toward them.

Officer William "Billy" Evans was killed in the attack. Another officer was injured.

In a statement, the head of the Capitol Police labor union said another 500 officers will be eligible to retire over the next three to five years, and some of them could retire early.

He says he's also heard from younger officers that they're looking to leave the force.