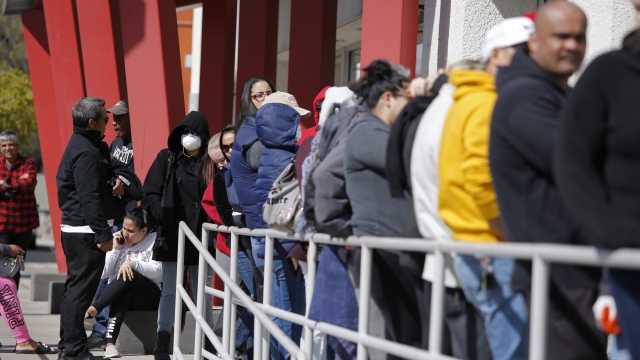 Claims for unemployment benefits are on the rise in the U.S. as the economy continues to take hits from the coronavirus outbreak.

According to the Department of Labor, the 281,000 new unemployment claims during the second week of March mark the highest level of new claims since September 2, 2017 when a series of hurricanes disrupted the marketplace. In just one week, the department says the new claims increased by 70,000.

In a statement, the department said, "During the week ending March 14, the increase in initial claims are clearly attributable to impacts from the COVID-19 virus."

As the virus continues to spread and as government officials enact tighter prevention measures, many businesses are seeing dramatic declines in sales, prompting layoffs. According to The Washington Post, many of these layoffs are happening to independent contractors, gig workers and entry level employees.

These numbers do not look to be slowing anytime soon. Some states are now reporting that their unemployment benefit websites are crashing amid the influx of new claims.