How Guns Move: Understanding The Deadly Game Of Weapons Proliferation 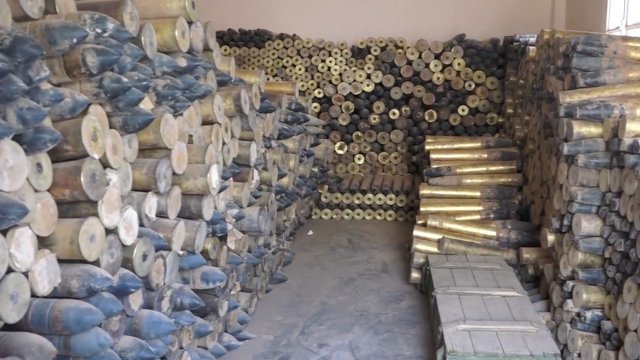 SMS
How Guns Move: Understanding The Deadly Game Of Weapons Proliferation
By Jake Godin
By Jake Godin
April 10, 2018
Whether it's ISIS looting a depot in Syria, or someone in the U.S. mailing a weapon part to Europe, weapons proliferation is vast and complex.
SHOW TRANSCRIPT

When looking through ISIS propaganda clips, you can sometimes see what appear to be U.S.-made guns. ISIS and many others — from drug cartels to people just looking to spice up their hunting — get weapons they're not supposed to have somehow. The process is called weapons proliferation, and it's very common and very complex.

Matt Schroeder is a senior researcher at Small Arms Survey. His group is dedicated to, among other things, tracking how guns end up where they do.

"Illicit proliferation of weapons is the transfer of weapons to an end user that is prohibited from receiving it either by national laws or international laws, or the process by which the weapon is transferred is illegal," Schroeder said. "Everybody loses. Everybody. There's not a sector of society that's not adversely affected by the illicit proliferation of small arms and light weapons."

So, essentially, it's the transfer of weapons to people who legally shouldn't have them. But it's not quite as simple as that.

"It's complicated because it takes many, many forms. How it manifests itself varies from region to region and over time. So you can have specific trafficking at one region at one time, and it can be completely different from trafficking dynamics and the types of weapons trafficked in another region," he said. 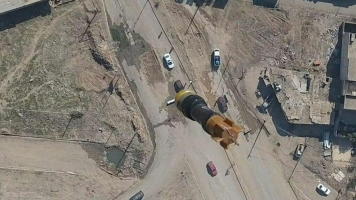 So while one form of weapons proliferation might be the arms ISIS gets in Syria through looting government depots, so is, as The New York Times reported recently, the Taliban ending up with night vision goggles that were originally meant for Afghanistan's national army.

A vital part of understanding this is knowing the chain of custody. That's the process by which a weapon goes from the manufacturer, to the purchaser, and so on and so on.

"The chain of custody can span continents and decades. … At each point is a link in the transfer chain. The goal is to track illicit weapons as far up or down the chain as possible to track the source of proliferation," Schroeder said.