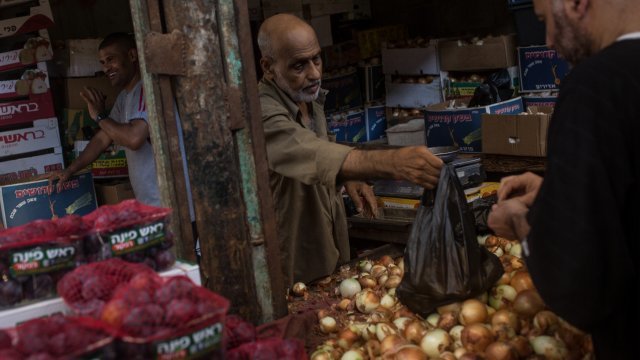 A United Nations agency says it has to scale back or end food programs for roughly 190,000 Palestinians, in part due to a cut in funding from the U.S.

The World Food Program provides assistance to some of the most impoverished communities in the world, primarily in the form of electronic cards they can use to buy food from a network of shops.

The move will reportedly impact food aid and assistance for about 166,000 people in Gaza and the occupied territory, and 27,000 people in the West Bank.

Al Jazeera reports humanitarian workers are also concerned the cuts could, through a chain reaction, hurt the country's economy. The drop in funding could lead to people buying less, which would lead businesses to buy less from suppliers.

Aid operations in poorer Palestinian communities have been stifled by funding reductions. Back in September, the U.S. announced it was cutting more than $200 million in Palestinian economic aid.