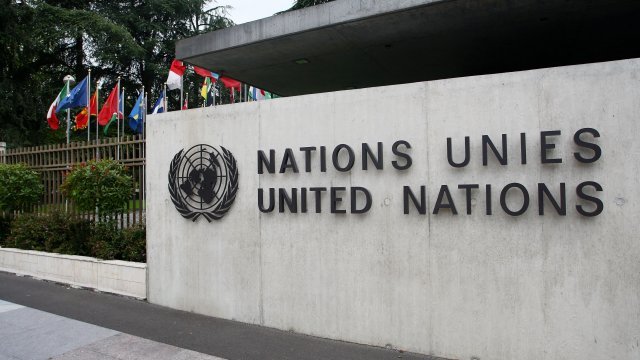 SMS
UN Tells US To Stop Separating Children From Families At The Border
By Gabrielle Ware
By Gabrielle Ware
June 5, 2018
The United Nations says the U.S.' "zero-tolerance policy" has led to hundreds of children being separated from their families.
SHOW TRANSCRIPT

A spokesperson from the office said Tuesday, "There is nothing normal about detaining children," and called the practice "a serious violation of the rights of the child."

Attorney General Jeff Sessions announced a "zero-tolerance policy" for illegal entry into the U.S. in April, calling for an "escalated effort" to prosecute such cases. The U.N. says that effort has encouraged the separation of hundreds of families.

U.S. Ambassador to the U.N. Nikki Haley responded the U.N.'s statement, though she didn't address its concerns. She said, "Neither the United Nations nor anyone else will dictate how the United States upholds its borders." Haley also called the the U.N. hypocritical, saying some of its council members have "reprehensible human rights records."

The U.N. is calling on the U.S. to adopt a new policy that allows children to remain with their families.