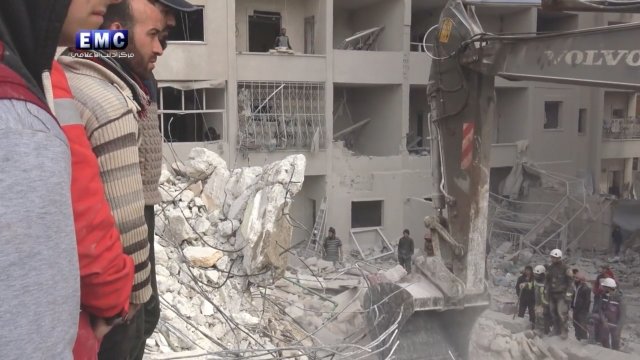 The United Nations is pleading with the Syrian regime to end its air assault on rebel areas and allow humanitarian aid to reach civilians.

Syrian and Russian airstrikes on rebel-held regions like Idlib and areas near Damascus have increased since a Russian warplane was shot down three days ago. At least 80 people were killed on Tuesday alone, according to rescue workers cited by The New York Times.

The U.N.'s ceasefire plea isn't expected to do much good. Syria has been embroiled in a nearly seven-year civil war, and President Bashar al-Assad allowed just over a quarter of all aid deliveries last year. The U.N. says no aid has been allowed in the last two months.