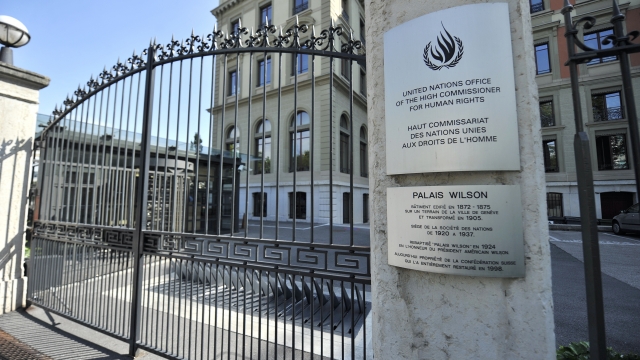 The U.N. has accused Venezuelan security forces of killing nearly 7,000 people in the past 18 months, and then manipulating crime scenes to make it look like those killed resisted arrest.

The U.N. report published on Thursday is based on 588 interviews with victims and witnesses of human rights violations in the country. It accuses the government of using extrajudicial killings to eliminate political opponents and create fear to retain power.

Around 4 million people are believed to have fled Venezuela in the past four years. The U.N.'s human rights high commissioner warned in a press release, "if the situation does not improve, the unprecedented outflow of Venezuelan migrants and refugees will continue, and the living conditions of those who remain will worsen."