UN Report: Crown Prince Should Be Investigated In Khashoggi Death 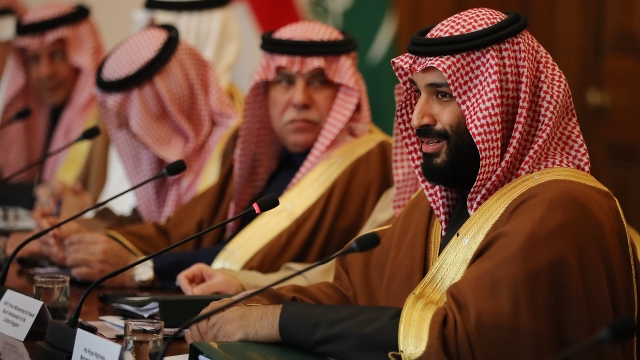 A U.N. expert says Saudi Arabia is responsible for the death of journalist Jamal Khashoggi — and that there's "credible evidence" warranting an investigation into whether high-level officials, including Saudi Crown Prince Mohammed bin Salman, are linked to the murder.

The Washington Post columnist was killed during a visit to the Saudi consulate in Istanbul back in October. His body has yet to be found.

In a report released Wednesday, U.N. investigator Agnes Callamard said the killing was a violation of the Vienna Convention — the legal basis for diplomatic immunity. It also might be considered an act of torture under the U.N.'s Convention Against Torture, which Saudi Arabia's ratified.

But, Callamard said she hadn't found a "smoking gun" directly linking the crown prince to the crime. The Saudi government's denied he had anything to do with Khashoggi's death.