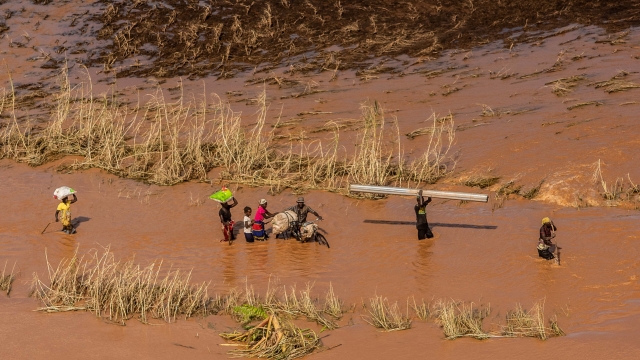 SMS
UN Report: Climate Change Could Force 120M People Into Poverty By 2030
By Cristina Mutchler
By Cristina Mutchler
June 27, 2019
A new analysis from the United Nations estimates that climate change will dramatically impact global wealth disparities in the next 10 years.
SHOW TRANSCRIPT

A new United Nations report is highlighting the potential negative impacts of climate change on some of the world's poorest populations.

According to the report's estimate, climate change could force more than 120 million more people into poverty by 2030 as it affects access to basic human needs like food, housing and water.

Alston says the world's most vulnerable populations will have to "choose between starvation and migration" as extreme weather events become more commonplace. But wealthier groups will have the means to protect themselves and adapt.

It's not the first analysis to point out the wealth disparity challenges of environmental changes. Previous research has indicated similar consequences, warning of a deepening wealth divide in poor nations and predicting that lower-income communities in the U.S. will suffer the most economically from climate change.