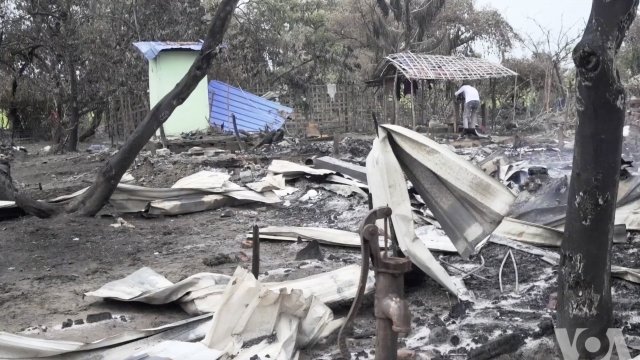 The U.N. has released its unprecedented full report into human rights violations in Myanmar, calling them "the gravest crimes under international law."

The U.N. Independent International Fact-Finding Mission on Myanmar published the 440-page report on Monday. A shorter version of the report was published in August.

It says Myanmar's top military leaders should be investigated and face charges of genocide, crimes against humanity and war crimes.

The Mission followed the situation in three Myanmar states for 15 months.

The report says it found "clear patterns of violations by the Myanmar military" against Rohingya Muslims. Those violations include the killing of thousands of Rohingya civilians, forced disappearances, mass gang rape and the scorching of hundreds of Rohingya settlements. The military crackdown has displaced roughly 700,000 Rohingya.

The report made dozens of recommendations for the Myanmar government, the U.N. and the international community. It also suggested the case be referred to the International Criminal Court or that an ad hoc international criminal tribunal be created.