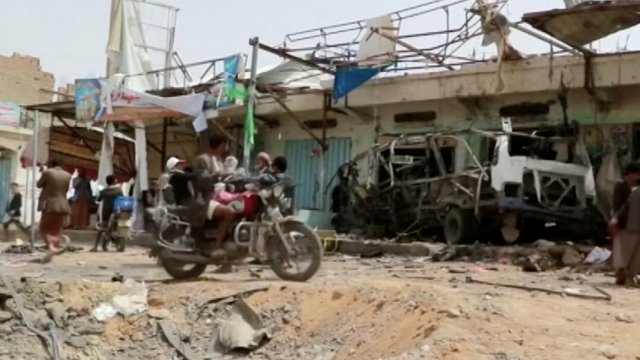 All sides in the ongoing conflict in Yemen have committed possible war crimes, according to a new United Nations report.

Yemen has been torn by civil war. In 2015, a coalition led by Saudi Arabia stepped in to fight against Houthi rebels, who overthrew the government.

The conflict has caused outbreaks of disease and pushed Yemen, which was already one of the poorest Arab countries, to the brink of famine. The U.N. says the situation in Yemen is the world's worst humanitarian crisis.